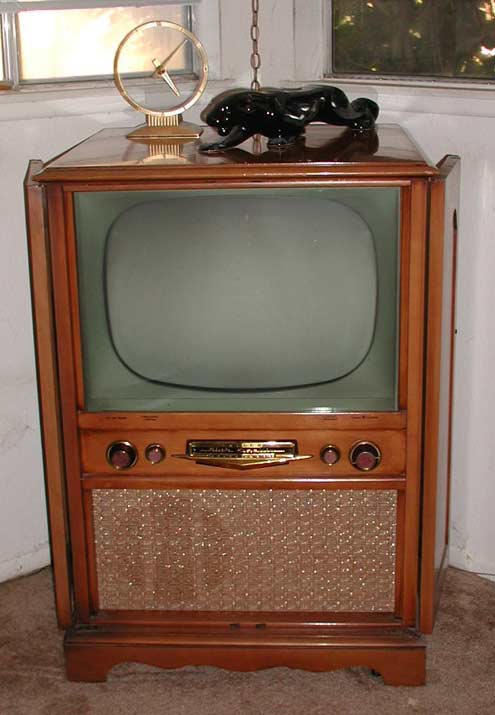 I found this set in a local thrift store.
It's rather typical of the period but it has a very nice front panel layout, with Burgundy and Brass knobs.
The Brass plate in the center looks like it came right off a 50's car! There was an optional UHF tuner available that could be installed in the opening behind the plate.
The accessories on top are your average 1950's Ceramic Panther, and a Jefferson "Golden Hour" clock 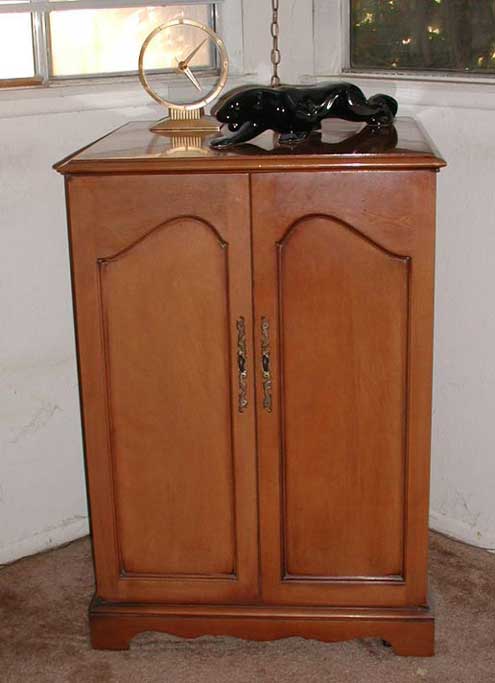 Here it is with the doors closed. 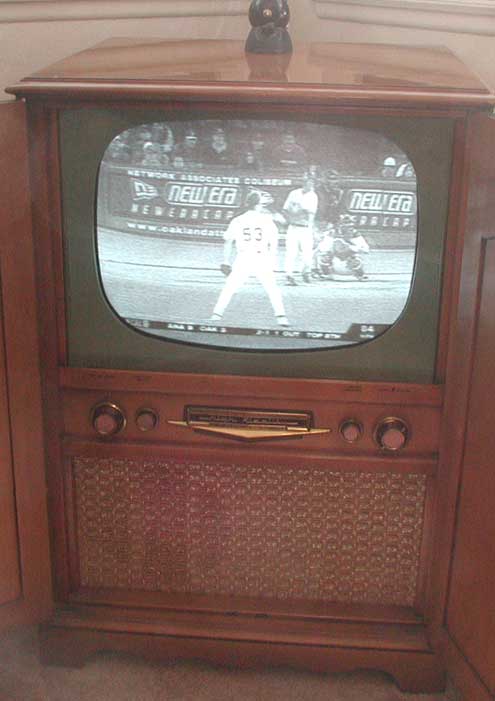 When I got this set it had a very dead CRT and a short in the B+ line that popped it's fuse. The CRT was an easy fix that often works on a tube that hasn't been used in decades, I simply cranked up the heater voltage on the tube tester to about 8.5 volts for about ten minutes till the cathode reactivated and the emissions came up to the good range, rechecking it a few days later showed that the fix had taken and the tube still checked good. Note that this is NOT the same as rejuvenating a tube, rejuvenation is a last ditch effort to get a few more months out of a tube and one I usually won't bother with.


The short in the B+ turned out to be a shorted mica capacitor.

I replaced all the paper and mica capacitors in the set, the electrolytics are working OK so I left them in for now.
The Selenium Rectifiers are still working fine so I left those in service too even though it is risking a very smelly failure at some point! The damper tube had an open heater and had to be replaced before the high voltage would fire up, then the vertical output tube failed with a spectacular light show shortly after getting the set running. After replacing that the set started working fine.


If you would like to watch a video of the set in operation just click on the last picture, note the dark bars on the screen are artifacts from taping off the screen and not a problem with the TV itself.